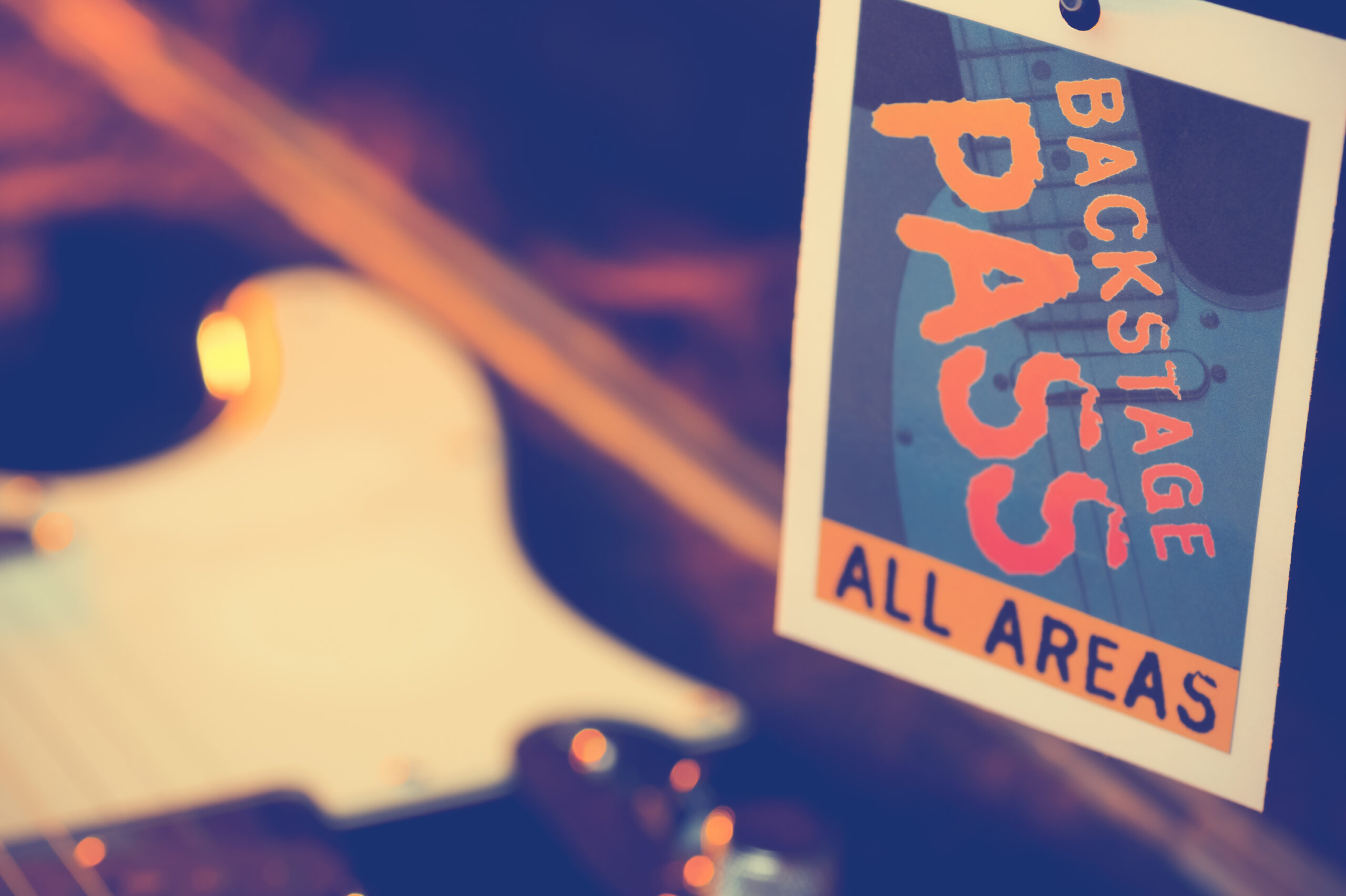 This interview was originally published in November, 2014.

Erica Ramon is an artist manager at DAS Communications. She learned to play guitar and piano while growing up in Los Angeles, CA and realized her passion for the business side of the industry in high school. She went on to study economics at the University of California, Davis, where she booked bands and organized music events as part of the student council. Her first job in the music industry was working with the Los Angeles Philharmonic on a program called Music Matters, which helped raise funds to keep music programs in schools, which led to an internship in the publicity department of a major label. Upon graduation, she started work at BMI in the film and television department where she worked closely with artists, songwriters, film composers and music publishers. After taking a music business class from Hits Magazine co-founder Lenny Beer, Erica began working with him to help build the MGMT management company, where she worked with major artists including Thirty Second to Mars, Audra Mae and Kongos. Since moving to New York City and joining DAS, she has managed projects for artists including The Pretty Reckless, Jimmy Cliff, Danny Seth and Katy Tiz. 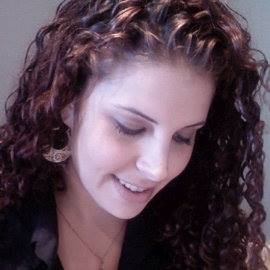 Erica talked to me about what drew her to music management and what it takes to be successful as an artist, band or executive in the current industry.

Thanks so much for taking the time to chat, Erica. How did you get involved in the music business?

It actually started before I was even born. Nobody in my family is directly involved with music or entertainment, so I’m sort of a pioneer. But, both my parents were big music fans and my dad was in a band in the Israeli army when he wasn’t jumping out of planes. In fact, you rarely see my father sitting down without a guitar in his hands. I have fond memories of sitting around the living room as a kid, singing along to Cat Stevens’ tunes as he strummed away. When my mom was pregnant with me, he had a couple ideas he tried out. He would turn classical music on, what I’m guessing was a Walkman at that time, and drape headphones over my mom’s growing belly. He subscribed to the notion and relationship between music and brainpower so, I suppose you could say I was programmed for music from the beginning.

My parents had three rules for us when we were growing up: you had to do your homework every night before you could do anything social or for entertainment; we had to eat dinner as a family every night; we had to play an instrument. It didn’t matter what it was, but we had to stick to it. When I was nine, I started playing guitar. I was good at it, but I was less interested in practicing and more interested in listening to other people’s music. My practice time got overtaken by going to record stores and live shows. I had a rather eclectic collection of music and listened to everything from The Gypsy Kings (my first concert at 5 years old) to Paul Simon to REM.

By 13, I knew that the music business was going to be my life and to this day, there isn’t anything else I’ve wanted to pursue. While my friends were doing, what I call, regular after school activities in high school, I was going out to see live shows and driving to find music.

While studying Economics as UC Davis, I started working with the student council on campus booking bands. I came back to L.A the summer after freshman year, and landed my first official music industry job working with the Los Angeles Philharmonic on a program called Music Matters, which helped raise funds to keep music programs in schools. It was an amazing campaign, and I got to work really closely with the Hollywood Bowl team, from the musicians, to the executive director of the whole program. The following summer, I interned for a label as part of the publicity team. I had always studied the careers of both artists and executives and wanted to know what it was really like on the inside.

That summer marked my last before graduation. I moved back to LA and made a list of everyone I would want to work for and literally just started making phone calls and sending my resume into what felt like a black hole. My first job was with BMI in Los Angeles. I worked in the film and television department under the stalwart leadership of two incredible and accomplished women, Doreen Ringer Ross and Linda Livingston.

Eventually I decided I wanted to move closer to rock music, where my personal taste lies. I took a music business course at UCLA Extension from Lenny Beer (among others), co-founder of Hits Magazine and three weeks after my final presentation, we were having a conversation about my future role at the company. I had the fortune of designing what felt like a tailor made position that included aspects of A&R, journalism and management. While there, I had the opportunity to work with artists like Thirty Seconds to Mars, Audra Mae, The Airborne Toxic Event and the last act that I co-signed before leaving Los Angeles, was Kongos, which have gone on to have arguably, one of the biggest songs of 2014.

I had always wanted to live in New York City so I took a risk, moved without a job and joined DAS Communications in June 2013.

And at DAS, you’re the primary manager of The Pretty Reckless, correct? I know they had a big hit record.

Yes, The Pretty Reckless is one artist I manage, but I also work with Katy Tiz, Danny Seth and Jimmy Cliff. I came on board just before The Pretty Reckless dropped their second album, but before a new label partner was on board. Fast-forward to March 2014, and the album debuted Top 5 on Billboard. We sold 35,000 albums in the first week, which is a pretty massive accomplishment and something we are really proud of. We have an amazing team and went on to claim #1 singles with both “Heaven Knows” and “Messed Up World.” We’re gearing up for the third single as we speak.

The Pretty Reckless have, of course, been very successful, and you’ve worked with other successful artists, but also those who have had slightly less success in the industry. From your perspective, what does it take, specifically, in the current climate to make a band successful?

It’s interesting, because people ask me how we do it all the time. And I wish there was a formula, but it really varies from artist to artist and genre to genre.

I know there is no Nintendo cheat code for success in the industry, but what do you think The Pretty Reckless has done well that other artists can emulate?

I think it has been a combination of things for the band. First and foremost, Taylor has a clear vision of who she is. She is a prolific songwriter who is not willing to compromise her artistic integrity for anyone or anything. I respect that 100 percent and think that if you are talented and believe in what you do, the masses will come to the table. She really believed in this record and just wanted people to hear it.

There is a strong team around the band as well. We’ve got champions at radio, press, touring and all of these aspect seemed to align for us this year. It was a conscious decision to leave acting and focus solely on the music and luckily, it is paying off. Her TV career was the headline a year and a half ago and now it is more of a Cliff’s note.

It’s easiest to sell something when you are a believer in it.

These days, we’re always hearing about how bands make it on the road and through touring. With the degrading value of recorded music, can you speak about some of the places the modern rock band is finding income?

Once again, it varies from act to act. As an example, I manage an artist named Katy Tiz who had some success on pop radio this year. It’s amazing how large the pop radio audience is compared to say, the rock radio audience. For a lot of artists out there the income streams have shifted to the road. The live experience is still coveted and there is something truly special about that moment in time that can’t, in my opinion, be captured on an iphone. Touring and merchandise can be very lucrative for some, but every band wants to hear their song in a video game or on a commercial and synronization income has proven itself time and time again.

Do you have any parting words of advice for aspiring musicians who want to build solid careers?

I would give the same advice to the performers and to those seeking a career on the business side. Make sure you are committed to the work and that this is something you look forward to waking up to day in and day out. There are perks to this industry for sure, but the work is real and it is 24/7. It can be especially challenging because art is subjective. There is always a strategy in place, but at the end of the day, we all like what we like and we can’t always articulate what or why that is. As an artist, you’ve got to be married to the music.

To learn more about Erica Ramon and the work she does with artists, you can follow her on Twitter.