Jeff Chenault is the Founder and Creative Director of Eleven07, a multi-disciplinary creative agency specializing in brand building, art direction, graphic design, photography and video content. As an art director and creative director, Jeff has designed album cover artwork and merchandise for artists in every possible genre, from heavy metal and rock, to country and jazz. Prior to forming his own company, he headed the creative departments at both Roadrunner Records and KOCH Records (now eOne Entertainment) and creatively advised labels including MCA Records and Universal. During his 20-year career in the music industry, he has worked with musicians and bands including the New York Dolls, Loretta Lynn, Ringo Starr, The Rolling Stones, Michael Jackson and Green Day. 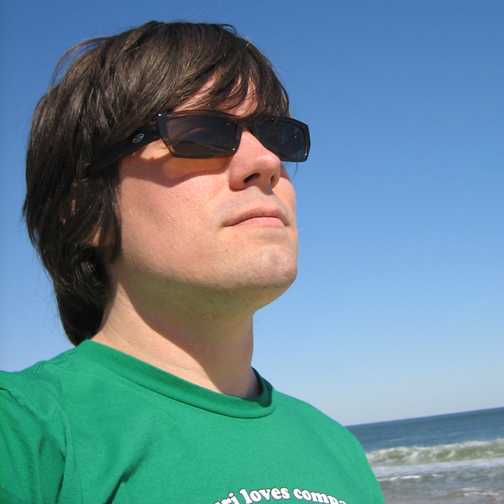 Jeff shared some factors bands need to consider prior to working with an art director on album covers and other merchandise as well as methods musicians can use to select the perfect designer for their projects. He also shared some tips for artists that want to create cohesive and memorable brands.

Thanks for taking some time to talk, Jeff. What should every artist know about working with an art director? What homework should an artist do prior to showing up at your office?

There are a couple things. First of all, you have to remember that it’s artwork, so it’s very subjective. Sometimes bands come to be with no clue what they want. Other times, they come to me with a very specific idea of what they want. My best advice to you if you are an artist is that you need to try to give as much thought to what you might want before you have a conversation with a graphic designer or an art director.

Even after you give it a lot of thought, you might realize that you don’t really have an idea or a direction. And that is fine. But you just need to be aware of that before you get into the process of working with a designer. I’ve been in situations where artists said, “I don’t care what you do. Just give me a couple ideas and go for it.” And then I started heading down that road, and it turned out they did have some preconceived ideas, and what I came up with was not at all what they wanted. I need to know what an artist is thinking so I can try to avoid the potholes that can be part of the creative process.

Be as descriptive and informative as you can, even if that means just mentioning a color you don’t like or an adjective that describes a vibe you would like the artwork to convey. For instance, words like “dark” and “moody” will send you down an entirely different path than words like “bright” and “bold.” Both of those avenues could potentially work depending upon what the music sounds like. Just try to formulate some creative thoughts and ideas and some words and give your designer as much ammunition as you can come up with, so he can distill it down and create something really special.

And this goes without saying:  You need to get your music to the designer as well, because often it’s easy to pull descriptive information out of the music or the lyrics. In general, you want to make sure your designer has any materials about your band that might inspire him/her as an artist.

You’ve just described the creative side of the process. What about the commerce side? Clearly, you’ve dealt with bands who are trying to actually sell products. Are there best practices to keep in mind, especially now that album artwork shows up as a thumbnail on iTunes, etc.?

It’s interesting you bring that up, because that exact issue has really become an important factor to a lot of people when it comes to creating artwork. Because, like you said, a lot of people today are seeing a very small version of album artwork on a computer screen before they see any other version of it. Making something work in that type of format didn’t used to be as much of a consideration. Before the iTunes era, really well-established bands were much less concerned about how big their name was on an album or how legible their logo was. The bands that the labels were trying to break as new artists were the ones that wanted and needed to have the artist name appear very prominently.

Now, because of iTunes and other similar stores, a lot of bands, big and small, specifically say, “We want the artist’s name to be as big as possible.” I understand where that very pragmatic thought process. But at the same time, the artwork is so small on iTunes that no matter how big the artist’s name is on the cover, it’s never truly legible.

I’m very conscious of marketing and of being somebody who creates work that is commercially viable. But I think sometimes the thumbnail detail can be over-thought a little bit. Because, when you’re on iTunes, you typically have to read the artist’s name and the album title that is written below the album cover anyway, because the album covers themselves are just so incredibly small.

Everybody has a different take on this issue. In my experience, people at labels get a little more hung up on it than bands. I see both sides of it, so I just try to accommodate what the artist or the label wants. If somebody is really adamant about making sure their name is visible on a thumbnail in iTunes, I’ll make it work. I want to make sure my clients are happy with the work I do, but I think sometimes that can be detrimental to a good idea. It’s a delicate balance.

You’re very cognizant of marketing when creating album artwork. And obviously, because you have been part of the creative team at labels and now have your own company, you have a lot of experience when it comes to branding. What do you see artists doing wrong or right when it comes to creating a cohesive brand, especially now that they have to communicate that brand not only through their album cover artwork, but also through all their social media channels, their website, etc.?

I’m a big fan of continuity. I don’t want to go so far as to say that as a band, you need to pick one logo and then use it for the rest of your life. In my opinion, music fans’ attention spans are so short, and they are being bombarded with so much information that if, during the course of one record, you have three or four completely different-looking images out there with a couple different ways your band’s name is being presented – whether the difference be the entire logo or just a typeface – that’s going to be really confusing to people. It’s not going to stick.

For each record, you have to pick a vibe, a logo and a type treatment for the album. When you lay all the pieces out on a table or see them all up on a wall, they need to come together visually into a cohesive campaign. And I use the word “campaign” a lot with my clients. For example, you don’t want to have an album cover that is black and then sell a t-shirt that is pink with a different logo. I see a lot of young bands making a bunch of different t-shirts with five different logos for their band. Visually, this is confusing. And when you’re a small band, especially, you’re trying to break through and get people to notice and then remember you. Nobody is going to remember you if every time they see you, you look different.

David Byrne said, “People will remember you better if you always wear the same outfit.”

Exactly. He’s obviously a perfect example of that, especially with the work he did in the mid-80s. Maybe it feels boring to create pieces that look the same, but it’s just one record – so, a year of everything looking the same. And it really does seem to work. Just think about branding down to the smallest detail:  Use the same colors, the same font and make sure your band photo – if you’re using a color photo – has colors that work with the album cover and other merchandise. Try to create a real theme and put it everywhere. If people see that theme enough, it will stick in their minds.

And how do you recommend people go about selecting an art director to help them create this theme?

There are a lot of factors to consider there. I think, first of all, you need to connect with the designer’s previous work and really like the look of the projects he/she has done. But the ultimate consideration is how well you work together. So, you need to get the person on the phone, talk and see if you gel. I’ve worked with a lot of artists who I knew were just on my same wavelength right away; within the first 30-minute conversation, there was an energetic flow and a vibe. There needs to be an unspoken camaraderie, whether you and the designer use the initial ideas you come up with together or go with something different … or whether you even have initial ideas at all or are going to that designer with nothing specific in mind.

Then, there are the more practical issues. You have to obviously find someone you can afford. And sometimes that can be challenging. I have a very broad spectrum of people I work with. Record labels can pay X amount, whereas jazz artists making their own CDs at Disc Makers will have a much, much smaller budget. If the designer is interested and has time to work with you, you should push ahead.

The other thing I would say is, as a band, you need to be as flexible as possible. If you have very little money, try to give the designer a lot of time and creative freedom, which will make the designer more likely to be able to justify doing the work for less. And on a slightly different note, if you need the work very quickly, you need to be able to pay for that speed. If, as a band, you are flexible about what you bring to the table, often it will work out well for you.

Going back to the creative aspect, another piece of advice I have is, try to have an opinion. A lot of bands don’t. Your designer is trying to read your mind, take inspiration from you and create something that is going to properly portray your music in a commercial and artistic way. So, you need to have a strong opinion about how you see your band. And make sure all the band members and anyone else working with the band are all on the same page. If there’s a label, manager, etc. – other people not in the band that will have an opinion – you need to get those people involved early on in the process. You don’t want to go down one road and then discover that the label or somebody else is not on board with the idea after the designer has already fleshed it out.

Also, be open-minded during the creative process. You may have an idea that you’ve been talking about for a month. But remember that your designer is a creative person; this is what they do for a living. You may end up going with the original idea you had, but let your designer throw a few things out at you. What the designer comes up with may expand your original idea or give you something that is absolutely perfect for what you’re trying to accomplish.

To learn more about Jeff Chenault and the creative work he does with musicians, visit the Eleven07 website.