This post was first published in 2010, but the advice and experiences are still very relevant to musicians navigating the current music business.

You’re in music. You are frustrated with the industry, and on days where you are honest enough to admit it, you are jealous of several of the seemingly-talentless hacks that sit atop the pop charts. Here are some of the conclusions I have come to about my career path in and out of music.

Sometime in the last year or so I was aimlessly flipping through 400 channels of nothing when I noticed a familiar face on TV. My old band mate from college Gabe Roth was playing on one of the late-night shows with his band Sharon Jones and the Dap Kings. After playing together in college, Gabe simply never stopped.  He maxed his credit cards, borrowed money from friends and did anything and everything he could to always be playing. Although he is most proud of the work he does with his own projects, he was awarded a Grammy for engineering and doing arrangement on the Amy Winehouse Record Back to Black. (Gabe is not one of the talentless I referred to in the opening paragraph by any stretch of the imagination.

I was so happy and proud to see an old friend doing so well… until, of course, a completely unreasonable jealousy rose within me:  “Man, if only I stuck with it… I could have… I would have…  If only…If only…If only…” Was I ever as talented as Gabe? Nope — not by a long shot. Are there people far less talented than he, you or I doing extraordinarily well in music? Yes, Absolutely.  Why is that?

Sometimes there is absolutely no reason. Sometimes someone was at the crossroads of right place and right time, and lightning struck in the biggest way imaginable. This is rarely the case, but it is the constant example I bring up in my mind when I am feeling down about how things are going in my career and my life. I either bring up someone who lightning struck / metaphorically won the lottery, or I conveniently forget that most people I compare myself to have put in years and years of work towards a single goal, whereas I have not put in nearly as much effort towards any one focus.

I still play, but I am definitely happy being a hobbyist for now. In spite of having had the great luck to play with some amazingly talented people, I would be thrilled to just have a cover band that would play weekly and be good enough so I wouldn’t have to guilt people into showing up. My main focus is growing my coaching  and consulting business, and it is built and marketed in the same way I marketed the groups I played in or worked for.

I know I am having a bad day when thoughts of the “compare and despair” variety pop into my head. I am getting better at not letting these thoughts derail my day, and I have learned that when I am thinking like this — even if it is only for seconds — I am doing nothing towards accomplishing my goals. I also came to the realization that the people I am comparing myself to had their eye on the proverbial prize for years.

It comes back to my friend Gabe.  I interviewed him for this site because I had to know his secret, only to realize it was plainly obvious:  In a moment I couldn’t quite fully capture in the interview, his voice warmed, and he said something to the effect of “Rick, how long have you known me? I haven’t done anything different for fifteen years…”

Don’t ask me why that moment in the conversation hit me like a ton of bricks, but it did. I realized when looking over my shoulder that he was consistently playing. He risked bankruptcy to have a studio built in a shady part of Brooklyn so he could always be recording. He played with anyone who would teach him something, and it got to the point where I didn’t recognize him without a gig bag on his back or a snare under his arm. That is it. That is the “secret,” and not just for Gabe, but for almost everyone I know who has endured in music.

For successful musicians — more than talent, more than “luck,” more than any other trait that I have seen in musicians (or music business people for that matter) — the key to success is being consistent. The people who are always playing and creating are the most likely to succeed. The people who find a way by whatever successive approximations they could come up with, who adapted their lifestyles to always be creating, playing and touring consistently are the ones who have made something of themselves. It isn’t the best artists that always “make it”; it is the artists that are still artists ten years later that succeed. If you want to look at a glaring example of the power of being consistent just look at Anvil.

So, likely, this was too much of a me-focused article, and for that I apologize, but when I get down about where I am in the world, I find it is really important to remember that putting enough effort over a long period of time towards a goal is really the only way to succeed. Some days the “Cool Hand Luke” spirit can be a hard thing to muster up, but I don’t want to ever look back on my life again and say “If only” to no one in particular. 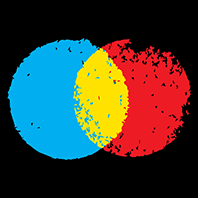 Success in the Music Industry