Larry Mills is the director of music products for Getty Images – the parent company of Pump Audio. 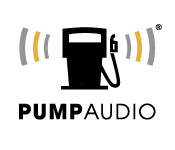 What is it that you do for Getty / Pump Audio?

LM: I am the director of Music Products for Getty Images. My job entails helping to develop our current catalogue of music, which include Pump Audio, our premium playlist catalogue and Royalty Free Music, which came over in the Getty Images acquisition of Jupiter Images. Those three current products and then developing any products or catalogues from a content standpoint are some of my responsibilities, as is bringing in partners such as record labels, digital distributors, publishing companies and aggregators of content, whoever they may be. I also work on developing strategies from a sales standpoint and rolling that out on a global level to educate, train and support our sales teams around the world. These strategies help them sell more music into their current sales clients, which range from everyone from advertising agencies, digital content creators, publishers, corporations and every major media company in the world. I also develop an online strategy to get the freelance and small online one- and two-person shops to come in and have an easy way to get music for their individual and small business projects.

For the purposes of this discussion let’s talk about Pump Audio as that is the company that would be most valuable to an independent artist.  How much independent music are you placing on an annual basis with Pump Audio?

LM: In our current catalogue we’ve had over 40,000 artists submit music to us in the nine or ten years we’ve been around. Every song is listened to by our team of classifiers to separate the good from the bad. We currently have over 125,000 songs that have been classified as “good enough” to make our catalogue. We have 40,000 of those tracks online and two delivery methods:  our online soundtrack tool and our Pump Box, which is a hard drive for more professional, high-volume users – the major production companies and broadcasters like the MTVs and NBCs of the world. The hard drive has 35,000 tracks, and the remaining tracks are used as the on-deck circle and put online. We put anywhere 3,000-4,000 new tracks per month into the online tool. Those tracks are used for research or are potentially songs that fall into categories where we already have a lot of music. We don’t want to overwhelm the person searching and listening. A search return of 6,000 songs is not going to be in anyone’s interest.  We pay out anywhere from 5,000-10,000 artists every six months. We license hundreds of thousands of tracks in a given year.

What are some of the qualities of the type of music that you license and that gets placed?  What tips would you give to someone that wants to work with Pump Audio?

LM: I think initially it’s very important to know that if you are going to submit music to any licensing service, the majority of the volume licensers like us look for instrumental music. I would recommend that any artist who submits to always make an instrumental version of every track. So if you’re going to put a song on your record with lyrics, you should spin off another copy that’s an instrumental version. That is the majority of music that is used in big-blanket deals. If you watch television and movies, most of the music that is background music is instrumental. That’s the high-volume music. If you go online and listen to the music that’s being played on videos or on Web sites, more often than not that music is instrumental. A lot of people miss this. Following this tip will also give you a greater chance on an international level. The second tip is, we find that stylistically it really is a mixed bag, but it’s usually what’s popular in the day that is popular in licensing. For background music electronic, moody stuff – whether that mood be positive, negative, upbeat, downbeat – is very popular. Depending on the time, we’ve seen an uptick in hip hop or teen pop or country or harder rock. It crosses all genres.

Can you point to any particular long-term success stories in the Pump Catalogue?

LM: We have some of those stories, and we can point to some people who have had more success outside the U.S. that have opened up some touring opportunities for themselves. We had one artist that placed a song on a Portuguese soap opera and was actually able to tour Europe with it because the person was able to get fans through the Web. I think a company like ours is less about getting an artist to get a song in a big commercial or on a TV show and more about being the bank. We are about making you money on your music. Any of those things that help you with promotion your career are positive bi-products but I don’t think very often you’re going to see companies like ours breaking bands. It’s not what we’re built for. It does happen, but it’s more about artists that came with us and were able to become professional musicians. We’ve had people that have been able to take the money they make with us and buy a van so they were able to tour better. I think a lot of people looked at the licensing landscape as, “I don’t mind giving it for free if I think I’m going to get promotion.” I don’t think that’s the case anymore. The “Grey’s Anatomy”s of the world helping with Snow Patrol or the Fray, those were bands on major labels to begin with. I don’t think that’s necessarily the best way to do it. The goal should be when you come to people like us is to look at us as a volume play to make you money to then invest in your career. I think other people dangle the carrot and say, “If you do it for free, we’ll get you this or that,” but 90% of the time, that’s not how it plays out. I think the reality of what a company like Pump does is important. As the guy who founded the company said, “The only thing I can promise is, if I get paid, you get paid. I don’t promise that you’re going to become a star because of this.”

Tell me about the splits.

LM: Artists get 35% of the sync license and we administer the publishing for the uses that we place. We re-register the tracks so we know if we placed it or the artist placed it. If we get something in a show, we share in that revenue, and if the artist gets something in a show, we don’t touch it. This isn’t a publishing deal. If we place it, we take 50% of the publisher’s share. So basically 25 cents on the dollar of the entire performing rights revenue. We actually collect that around the world because we place things globally. We have a deal with Kobalt Music Publishing, and they help us register and collect the money around the world. We’re seeing performance revenue from Singapore, Australia, Romania, Turkey, South America, etc.

So artists don’t have to go to the P.R.O.s (Performance Royalties Organizations) in other countries to get that revenue.  How do you respond to concerns from artists who are interested in signing up with Pump but are also interested in getting publishing deals in the future?

LM: Our deals are totally non-exclusive, and there’s just a period of time it takes us to get tracks off the system. It’s very easy to get them off our online system, but more difficult to get them off our Pump Box that sits on people’s desktops all over the world. So there’s a certain period of time in our contract that allows us to continue licensing that track for ease of use by our clients. But you can pull out of this deal at any time. We are big supporters of the independent music scene and have paid out millions upon millions of dollars to independent artists in the last ten years. You could say that next to record labels we support the independent music community more than anyone. We hope the money people are making with us is some leverage into dealing with a publishing company. My opinion would be that if I was a publishing company looking at an artist working with Pump, taking it out of our library does you a disservice. You should be able to negotiate with that publishing company and say, “I’m making $50,000 per year with Pump, so pulling me off that catalogue is in no one’s best interest.”

What percentage of people that apply get into the Pump catalogue?

LM: My guess is that we get anywhere from 5,000-10,000 new tracks submitted to us on a monthly basis and we average 2,000-2500 new tracks making it in to the syste,. So, I guess about 25-50% of new music gets accepted. Once an artist in our system and gets placed we tend to accept their new tracks faster.

Any advice for artists about things to be wary with services like Pump?

LM: I think an artist should be in as many of these as possible. There are a lot of very good ones out there that have been very successful. I don’t care if someone makes you $100 per year. Your songs should be earning for you wherever possible. I think the two key things you should be wary of is exclusivity if you don’t want it and how the service claims to be or not be royalty free. Royalty free is a term that is being misused and is confusing to clients who believe when they buy music from these sites that there are no performance royalties due, and that is not true for affiliated artists. I think they need to be very careful when they are signing up or they may get caught in a situation where the client is buying something that is different from expected and might put the artist in a funny situation.