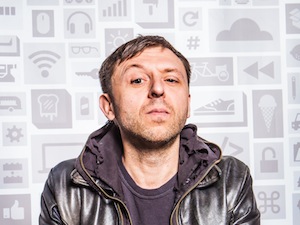 General Manager of the SXSW Music Festival James Minor talks about how artists can get the most out of attending large music festivals and shares some highlights of the upcoming 2014 conference.

The Future of Music Summit 2013 Live

Surviving SXSW and other Music Conferences

Some thoughts about making SXSW or other big conferences work for you and my experiences at my first music conference in the mid 1990s.

Tom Silverman, head of TommyBoy Entertainment and a principal executive of the New Music Seminar shares his views on what those in the music industry should be doing if they want to grow and find new and profitable opportunities.

Tom Silverman founder of Tommy Boy and one of the Principles of the New Music Seminar discusses the statistical trends of the modern music business.

Making the Best of Music Conferences

Vikki Walls, Executive Director of the Dewey Beach Music Conference & Festival talks about how she chooses bands for her festival and how artists can use music festivals to build relationships and their careers.